Christmas is coming, and soon with it "A Very Christmas Kneel Before Pod!"

SO I decide to try out bloggers new look/design thing, and holy shit what a clusterfuck. I don't know if I missed the simplicity of it, but in order to just change one thing I had to click 4 or 5 links. Screw that.

So I tried to change it back to the way I JUST had it, and now all the fonts and stuff are fucked up.

When I get this all back to the way I like it, I'm never changing again!

*shakes fist at blogger* IF I KNEW HOW TO MAKE MY OWN WEB PAGE!!!!!
Posted by Ellery VanDooyeweert at 11:28 AM No comments:

Little known fact: Kevin and I are both going a *little* bald.

While shocking at first, time has healed insecurities, and we now take some time to discuss our own adventures in balding.

Enough time has passed that I can look back on that moment of time and laugh. Shake my head and laugh. Get super angry, cry over lost cash.... laugh... sort of.

Anyways, enjoy. It was therapeutic finally getting it out.

And for anyone doing a google search on "MICRON LABS" or "MICRON LABORATORIES", give a watch... it will be very informative... 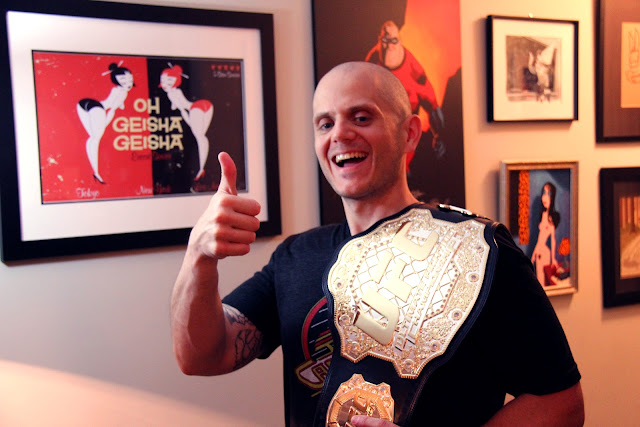 Balding is not a choice... but bald is. - Mystery

Posted by Ellery VanDooyeweert at 10:53 PM No comments:

KNEEL BEFORE POD! - Episode 5 "Back to the Filler"

Arlyn sitting in for Master John Moss as we discuss such hot topics as brushing your teeth, reading, and watching movies outside.

Oh and there's something about me being too fat to get down a waterslide.

Next week John returns, and I'm sure we will discuss the new events on "Ellery's Creek".


Posted by Ellery VanDooyeweert at 8:39 AM No comments:

Vancouver State of Mind... SIDE BY SIDE!

If you watched the last Kneel Before Pod, you would have seen/heard us talking of how parody became a mimic, and some people couldn't see that we weren't aiming for a multi-million dollar recording contract.

It also occured to me after we made the "Vancouver State of Mind" video, that some people may not have actually SEEN "Empire State of Mind" and not get WHAT we were parodying.

So the other day I showed the "Empire..." video side by side with "Vancouver..." one to Arlyn and Mika, and they thought it was hilarious.

Kevin then put it together properly, so now here they are...

Oh, and if someone DOES want to give me a multi-million contract, I could use a bit of cash right now... so... feel free.
Posted by Ellery VanDooyeweert at 7:13 PM No comments:

This Kneel Before Pod is a little different than the other vlogs we've posted or recorded for a number of reasons. The main reason being we have a guest host, Arlyn Bantog, and the other reason being it's a  KBP that is more a "Directors commentary" on a project of ours, rather than us just sitting around talking about Smurfs.

So, we debuted "Vancouver State of Mind" on Youtube and were overcome with joy to see that most of the internet response was attacking me and my rapper skillz. Apparently we were a tad off in coming across as parody, and came across more as people hoping to make it in the music biz. Ah well...

So right here, in this special "Kneel Before Pod!!!" we discuss what went into the making of this brilliantly edited, but deeply flawed video.

If you're not into watching/listening to 30 minutes of us talking about where we went right/wrong in the making of this epic video of supposed douchery - don't worry about it. We will have another KBP following shortly behind where we discuss brushing our teeth.

Also, here are some of the other media mentioned in the KBP, starting with the video this whole session was based on... 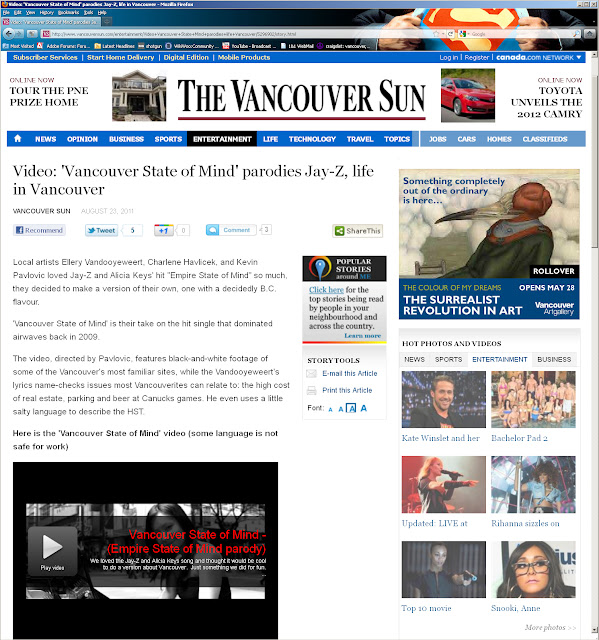 Posted by Ellery VanDooyeweert at 6:41 PM No comments:

I have TWO I am editing right now... one of them is a special episode... and of course with our special guest host.... 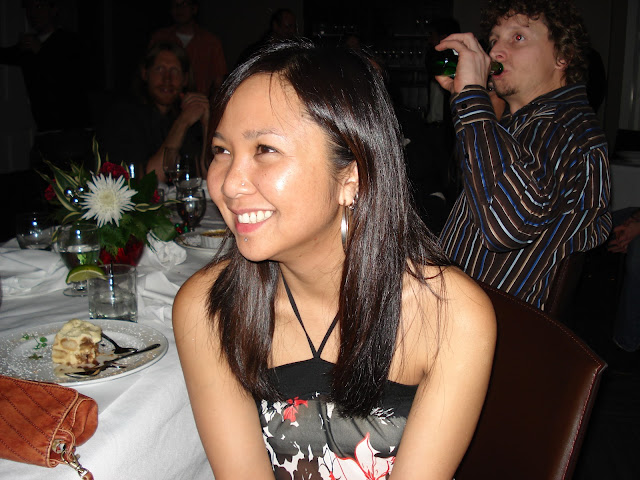 Unfortunately, I've been distracted with life, and it's not coming together as fast as I'd like.


Posted by Ellery VanDooyeweert at 9:54 AM No comments:

YES! Once every week, Ellery, Kevin, and Master John Moss get together, sit on couches, and talk about crap for hours on end. For shits and giggles it was decided that they would archive their talks so that when they're in their 60's they can drink themselves numb, hit play, and watch these self indulgent videos while envying their youthful selves on the screen.

In the meantime, if anyone else wants to watch 3 kinda nerdy guys speak factually about shit they know next to nothing about, this may be the video blog for you!